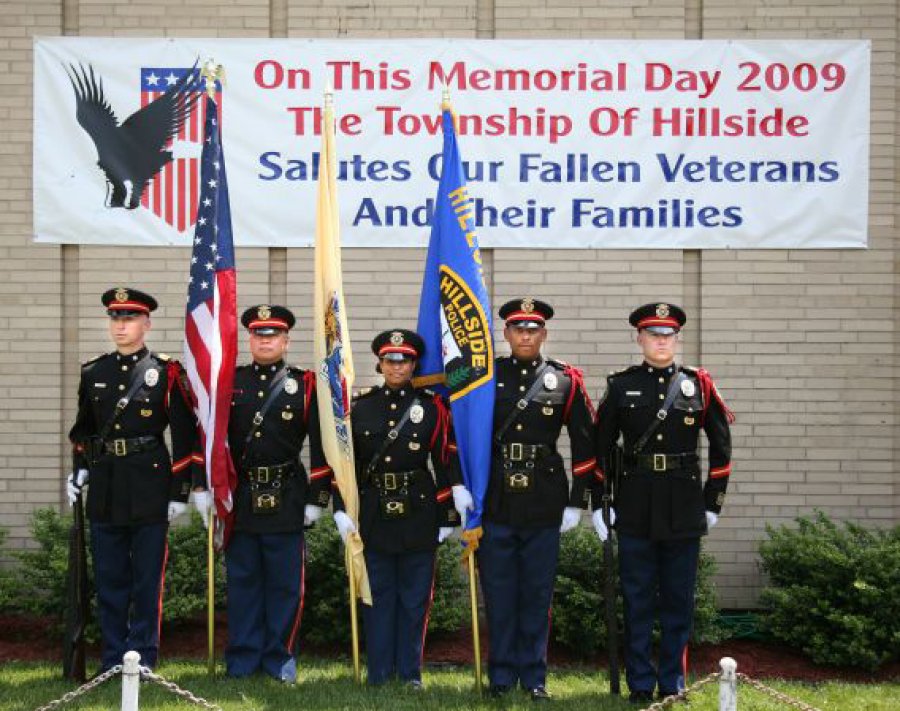 The Hillside Police Department proudly unveiled its new Honor Guard Unit at 2004's Memorial Day Ceremony. The 5-man unit marched in formation from Police Headquarters to the War Memorial Building at the corner of Liberty Avenue and Memorial Drive, where they participated in the annual ceremony conducted by Hurden Looker Post 50 of the American Legion.

The unit was founded in 2003, with the full support of Chief Robert Quinlan, by the Unit Commander, Detective Lieutenant Vincent Ricciardi, who selected the uniforms, designed specialized badges, arranged to purchase equipment and trained the unit based on the style of the United States Marine Corps Color Guard. The badges worn by the unit are all numbered "1918," the year the Hillside Police Department was established. Members of the unit were selected based on their military bearing, reputation within the police department, demonstration of pride in the themselves, the Hillside Police Department and the law enforcement profession. According to Chief Quinlan, the Honor Guard will represent the Hillside Police Department at functions such as parades, funerals, graduations, military and law enforcement events, and other functions.

The Police Chief credited Bristol Myers Squibb Corporation for providing the funding necessary to purchase uniforms and equipment for the new unit. Two ceremonial rifles, authentic M-1 Garands, were donated to the Police Department by the United States Government.

The Police Chief believes the Honor Guard is the first ever in the history of the Hillside Police Department. Members of the unit have received specialized drill training and are expected to maintain excellent physical condition while participating in the elite ceremonial unit.